Although sadly I didn’t know Alex for very long and didn’t get to spend nearly as much time with him as I would have liked, his magnetic personality and incredibly positive outlook on life really touched me and made me view life in a very different way. I’ve never met anybody who was able to smile in the face of adversity the way he was. 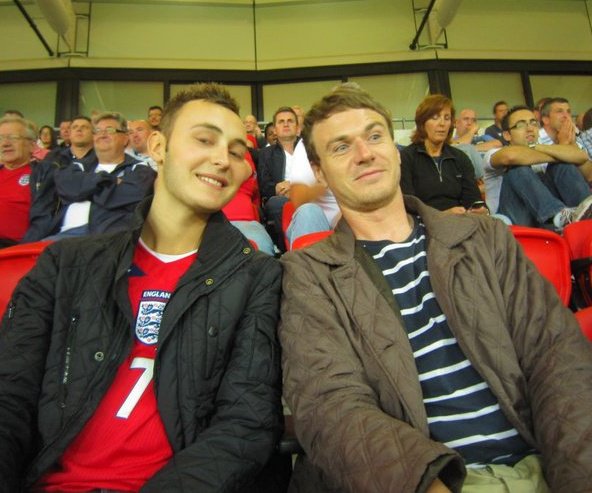 He kindly invited me to watch Fulham v Aston Villa at Craven Cottage with him in November which turned out to be my happiest memory of him. Despite being in the depths of his illness by now he remained completely chirpy and happy for the entire day, not even thinking about complaining about the incredible pain he must have been in. In fact until he produced the multi–faceted pill box filled with an array of coloured pills, you could have had no idea that he was so unwell. We drove down from London together and chatted and laughed the whole way down. We did not know each other particularly well, but his kind nature and willingness to ask questions and show an interest in other people meant that it was a really easy going and enjoyable journey.

Fulham did not play particularly well and were being completely outplayed by a far superior Aston Villa side (I’m sure Alex would agree). Alex spent the majority of the game berating his team, with particular attention being paid to the faults of the right back Stephen Kelly, whom Alex seemed to have taken a particular dislike! Despite not playing very well, a last minute equaliser for Fulham put the smile back on Alex’s face and left me fuming with our inept defensive capabilities. Not an ideal result for either team but it didn’t matter, for me I just felt so lucky to have been able to spend some quality time with him and to really get to know him while he seemed on the outside so well. Not once during the entire day driving from Birmingham to London, during the game or on the way home did I hear him complain which I think really reflects his whole attitude and outlook on life. His only vice – a stop at the first shop on the way home to load up his coat pockets with sweets to satisfy his craving for sugar!

He was a true inspiration to me and everyone he knew and I feel very honoured to be able to call him my brother in law.

This entry was posted in Uncategorized. Bookmark the permalink.