Learning to Dance in the Rain

I was lucky that my journey with Alex started well before the cancer came along, and while the last 4 years contain some very special memories with him and our friends, I like to think back to when we first met in Year 7. He was sitting on the wall on the first day of secondary school with the Brightwell boys who, for some fantastic reason, decided to come to school in Didcot. We had a little chat about football and the same week he invited me round to his house… or actually I should say his ‘cottage, in Brightwell, down the little road by the bus stop’. We got on so easily, and it went on like that for 10 years.

Of course cancer changes nearly everything about a person’s life, but Alex never wanted it to define who he was, and everyone who knew him knows he succeeded in this. The illness was somewhere inside of him, but he was not inside of the illness. In fact he was on another planet to it… on a beach on that planet, playing frisbee and looking suave. It was truly inspirational how he lived his life, and people ought to know that this was no sob story. 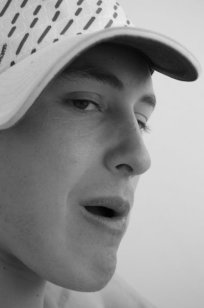 The boy was cool, no doubt about it. At 13 we went to “Party in the Park” in Oxford with my sister and although just 4ft tall he already knew real girls and how to talk to them. I remember being 3ft and bitter that whilst I was watching ‘Blue’ he was doing hand-stands for the ladies. He had a gift with people, and he made an impression for being polite and cheeky at the same time. I remember him coming over to my house a few times for dinner and on the third time saying, “do you always eat chicken korma or is it just when I come round?!” My parents loved him for that, and afterwards when we watched a film they were talking and pausing the whole way to discuss the plot and what was happening. He was his own person with his own opinions, and he could talk to anyone and make everyone laugh.

He introduced me to so many people and things and I was grateful that he made me so welcome in the Lewis family. The summer of year 8 I was invited on holiday in Cornwall where we learned to surf, rated Cornish pasties, cheated against Andy and Angela on articulate, moved furniture around rooms to see if they noticed, lost track of time and towels on the beach, smacked each other in the face with pillows… and if you reckon that sounds a bit gay then I don’t mind because I genuinely thought he was the most exciting person to be around! I can’t really emphasise enough how he was able to extract the most fun possible out of any situation. It was great to go to Cornwall again in 2009 and even more hilarious… taking it in turns to attack each other with a kite, accidentally hitting other people’s golf balls when we thought no one was on the course, and talking about girlfriends over steak and stilton pasties.

We did so much stuff when I think back, and I know everyone could say the same thing. He was always bringing people together and making sure people were included. He was a very good friend on a personal level as well. OK so he didn’t really text back much, and when he was watching TV you were better off talking to his tennis shoes, but except for that he listened and remembered everything. In many ways the illness caused him to grow up very fast, but in other ways he didn’t grow up at all. This made him a wise person to talk to and with a light heart, but it also meant he frequently lost his passport and flight tickets. I remember on the way home from Ibiza he couldn’t find his boarding pass and blamed Josh, not something I would recommend to anyone! 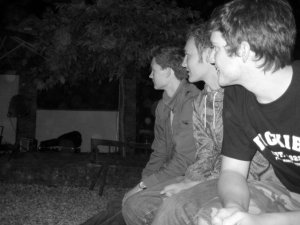 But he didn’t really care though and neither did we; he was positive and focused on the good things in life. He lived in the moment and always tried to fill it with gezelligheid (a word that was written all over his being: http://en.wikipedia.org/wiki/Gezelligheid). This idea of living to the full wasn’t something like old people warned about in films – for me it felt like he invented it. Sometimes we joked that he was going through all the treatment just for the perks! And as his friend there was nothing better than to see him grab every opportunity he could. Even if there was no travel insurance to cover him, there was always enough time and energy. And to be honest we loved it too because we got to do things like meet the Manchester United team at Carrington and go to Wembley to watch England :p And for me when I dropped out of uni we spent what felt like hundreds of simple hours hanging out and being ourselves, which helped me so much at the time. Never thinking too far ahead and never wanting to be anywhere else. Those days were bloody brilliant and we didn’t waste anything.

But going through his treatment and living a full life that most people would call exhausting was not done without some serious determination, and Alex was as hard as nails. The weeks in hospital, massive operations, growing up with a fair few side effects, sleepless nights, strange aches and pains – I can’t imagine what it was like but he was so brave and selfless. A staggering amount to deal with and yet he rarely talked about himself. If anything he was more concerned about how his friends were taking things – how to tell us and at what moment. Of course he would sometimes let out frustration, but even when that happened he could turn himself around and even see the funny side. Like I said: not a sob story, all thanks to him. Alex made his decision to fight it, and after that there was a very happy life full of love, tenderness and friendship. Plus a fair bit of farting, board games, and immense amounts of laughter.

It’s easy and comforting to go on with more memories but I’ve written too much already. The good thing is that Alex had a face and personality that you can never forget, and I think when someone touches your heart in this way then they’ll be with us forever. So cheers to you mate, rest in peace, thanks for the crazy journey and for being a wonderful friend. Nick

This entry was posted in Uncategorized. Bookmark the permalink.

3 Responses to Learning to Dance in the Rain